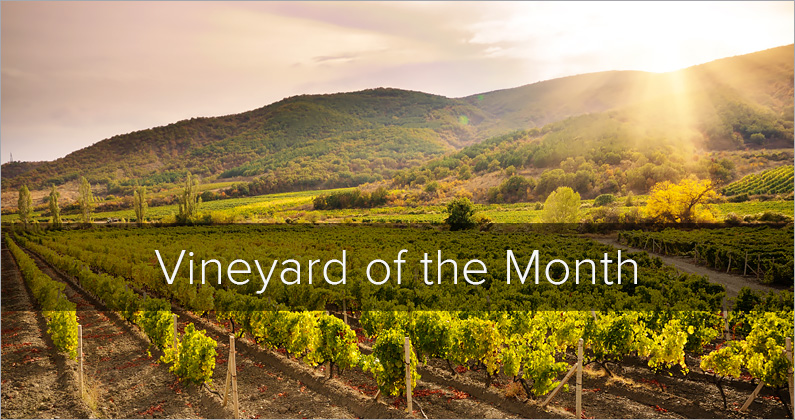 Welcome to the Vineyard of the Month! From the opulent estates of Napa Valley and Bordeaux, to the mountainside vineyards of Argentina, to Australia and beyond, WineBaskets.com is proud to feature the wineries of some of our finest wines.

February’s Vineyard of the Month, Far Niente, is one of Napa Valley’s most renowned estates, producing award-winning chardonnays and cabernet sauvignons since the 1980s. Nestled in the rolling hillsides just to the southwest of Oakville, the historic tri-level winery was built in 1885 by California gold-rush forty-niner John Benson, the uncle of the famous American impressionist Winslow Homer. Constructed on the hillside slopes of western Oakville, Far Niente originally functioned as a gravity flow winery, gently moving the grapes through each stage of production.

The winery prospered until 1919 when Prohibition was enacted, and it was abandoned and fell into disrepair. Sixty years later, in 1979, Gil Nickel purchased the winery and its adjacent vineyard, embarking on a three year restoration of the property and placement on the National Register of Historic Places. During the restoration, a stone was found in front of the building with the Italian phrase “Far Niente” engraved on it. This gave birth to the winery’s name and the stone lays in that very same spot to this day. Far Niente’s past rose to the surface again in 1998, when a bottle of Far Niente Sweet Muscat, vintage 1886, was discovered in a private cellar in Marin County, California. The bottle exhibits the original label, cork and capsule, and is believed to be the oldest intact bottle of California wine in existence today, with the label believed to be designed by one Winslow Homer. Today, the labels at Far Niente bear a distinct art-nouveau-style parchment label designed by artist Tom Rodrigues, who also designed the labels for Far Niente Estate’s sister wineries, Nickel & Nickel, Dolce, and EnRoute, a Russian River Valley Pinot Noir producer.

When John Benson built the estate in 1885, he had a stone archway put in place in the west wall of the cellar, intending to chisel aging caves into the solid rock hillside. Unfortunately as a result of Prohibition and Mr. Benson’s passing, these caves didn’t materialize until 1980, when Gil Nickel hired a crew to dig a small wine cave through the archway. Eventually, the winery took on the adventurous project of expanding the caves throughout the 1990s, leading to the completed 40,000 square foot Far Niente wine-aging caves, the first modern wine caves built in North America, when excavation began in 1980.

In 1982 the first Cabernet Sauvignon and Chardonnays were produced from the winery, and today, the winery focuses on producing only those two varietals in their vineyards. Comprising close to 200 acres in some of the most coveted regions throughout Napa, Far Niente grows on five expansive and distinct vineyards, ensuring the highest quality care of the vines.

WineBaskets.com is proud to carry Far Niente Cabernet Sauvignon in many noteworthy presentations, and the Chardonnay is coming soon!